While I am generally not a fan of the home & garden genre (the focus is always on the former), the project dominating this year's growing season will be a major house renovation. I do not intend to switch the focus of this blog to the renovation work, but given it will pose a significant challenge for the garden this year, I believe it is relevant to mention for context.

Currently, we are still in the demolition phase. Previously, the master bedroom was on the left, and the master bath on the right. The roles appear to have switched in this photo, taken shortly after demo started in mid February. 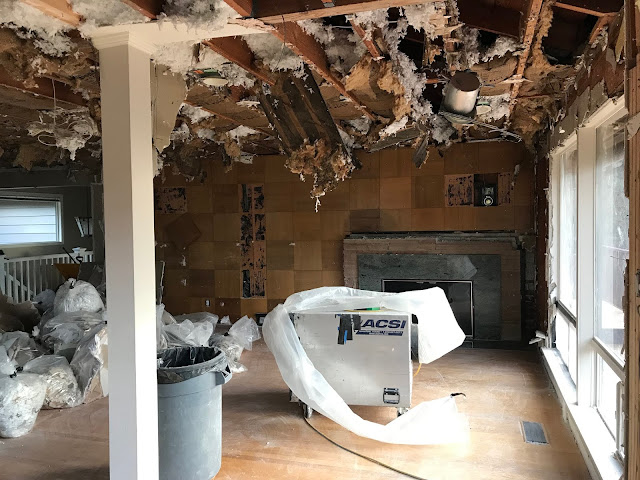 And a week later in early March, with the wood tiles, ceiling, and pole gone. Apparently the pole in the middle of the room was not structural beyond supporting the weight of the ceiling, crazy! 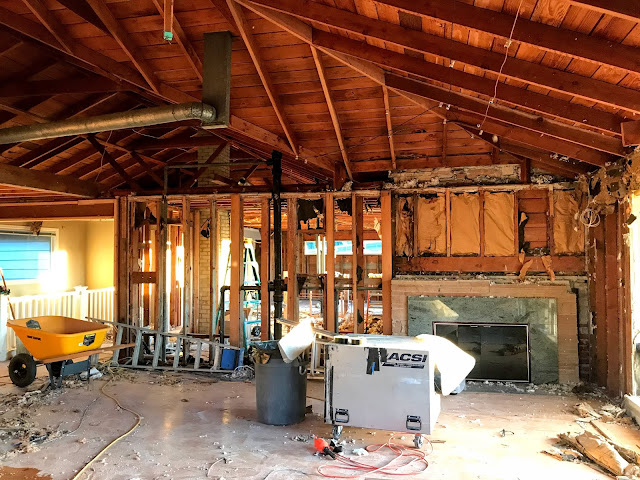 The fireplace today, notice anything missing? The high "window" is actually a hole where the chimney was. 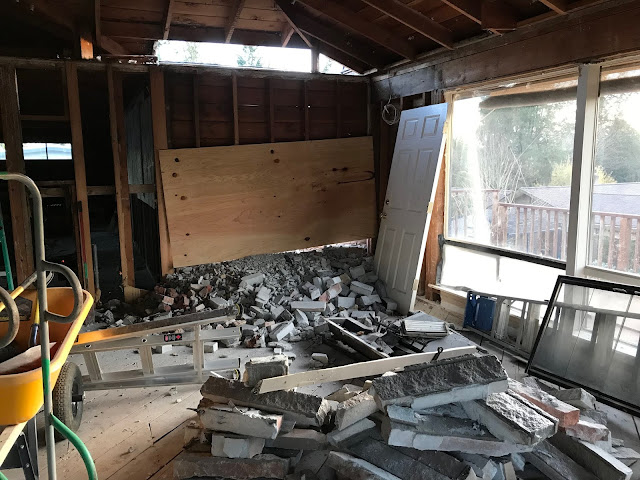 A view from the outside, the chimney previously went through the hole in the roof. Boards on the right are missing windows. 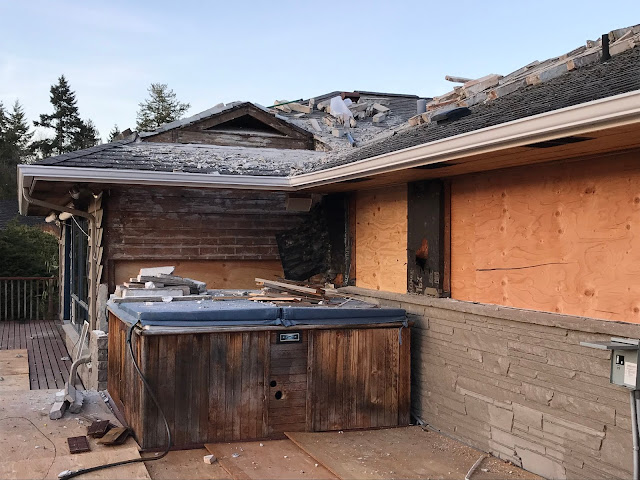 Unfortunately, I did not plan ahead and take any before photos, but here is a listing photo showing the chimney and windows. 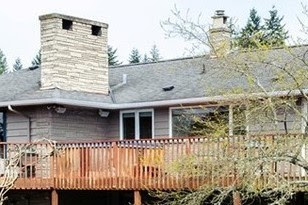 Returning to the garden, my plan is to keep making progress as much as possible on weekends. In the meantime, given much of the garden cannot be planted, quite a few plants remain in or were relocated to pots, and I will be running a small nursery at the back of the garden. I have a feeling a lot of my time will be spent repotting and watering.
at March 13, 2019
Email ThisBlogThis!Share to TwitterShare to FacebookShare to Pinterest
Labels: House